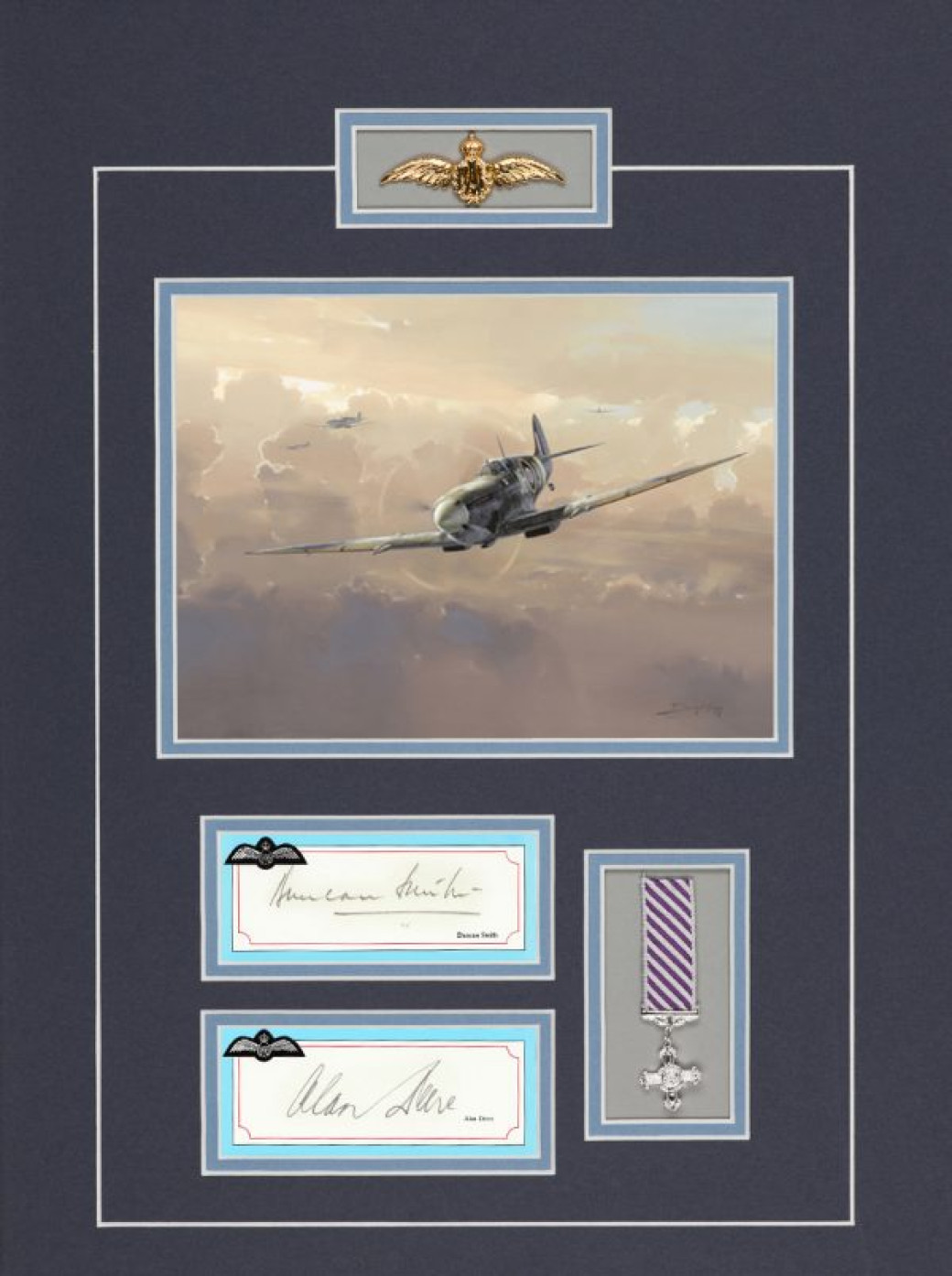 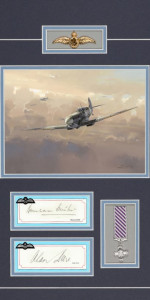 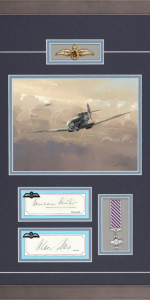 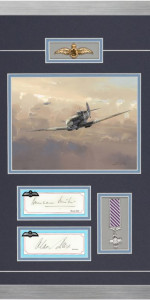 Two of World War IIs best-known fighter aces. Deere is credited with having the first aerial dogfight between a Spitfire and a Me109.

Two of the most famous fighter aces of WWII. Duncan Smith, a highly decorated fighter pilot, flew four operation tours on Spitfires, led 64 Sqn, then 244 Wing’s Spitfires in Malta. A great Wing Leader and a double-ace with 13 victories, ‘Smithy’ always led from the front. Determined, fearless, and a highly-skilled fighter pilot, Duncan Smith had the respect of all squadron and wing pilots he led, and was decorated for gallantry no fewer than five times!

It was with 54 Sqn that Deere flew his first Spitfire, the aircraft he was to fly and fight through the Battle to Britain, and to the end of his operational career. Deere was a ferocious fighter ace, subjected his aircraft to stresses beyond the makers warnings, was always in the thickest of the dog-fighting, and led a charmed life: He and his aircraft parted company no fewer than 9 times, but during a distinguished combat career he accounted for 22 enemy aircraft destroyed in the sir.