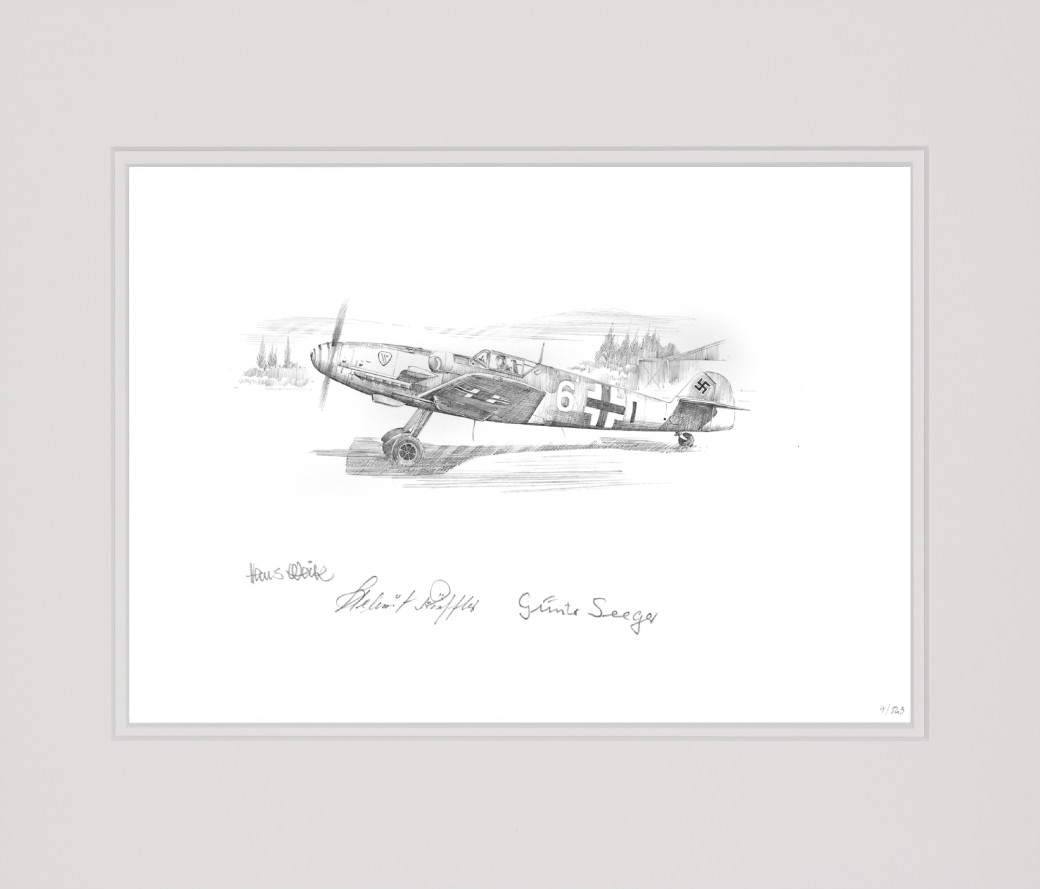 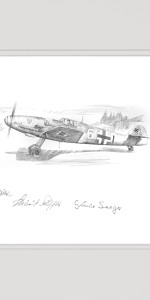 A lovely drawing showing a late model Me109, its pilot about to propel his fighting machine skywards.

The Messerschmitt Me109 was the only German fighter to be built and operated throughout WWII, undergoing continual up-rates and improvements that kept this remarkable fighter competitive throughout the war. Though many of its pilots graduated to later, faster fighters such as the Fw190 and the Me262, many who had cut their teeth in combat flying the Me109 – such as the three who have signed this fine original pencil study by Nicolas Trudgain, stated they still preferred to take the Me109 into battle. 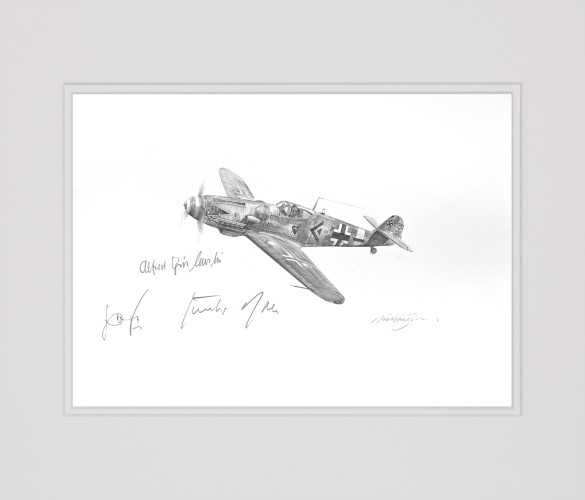