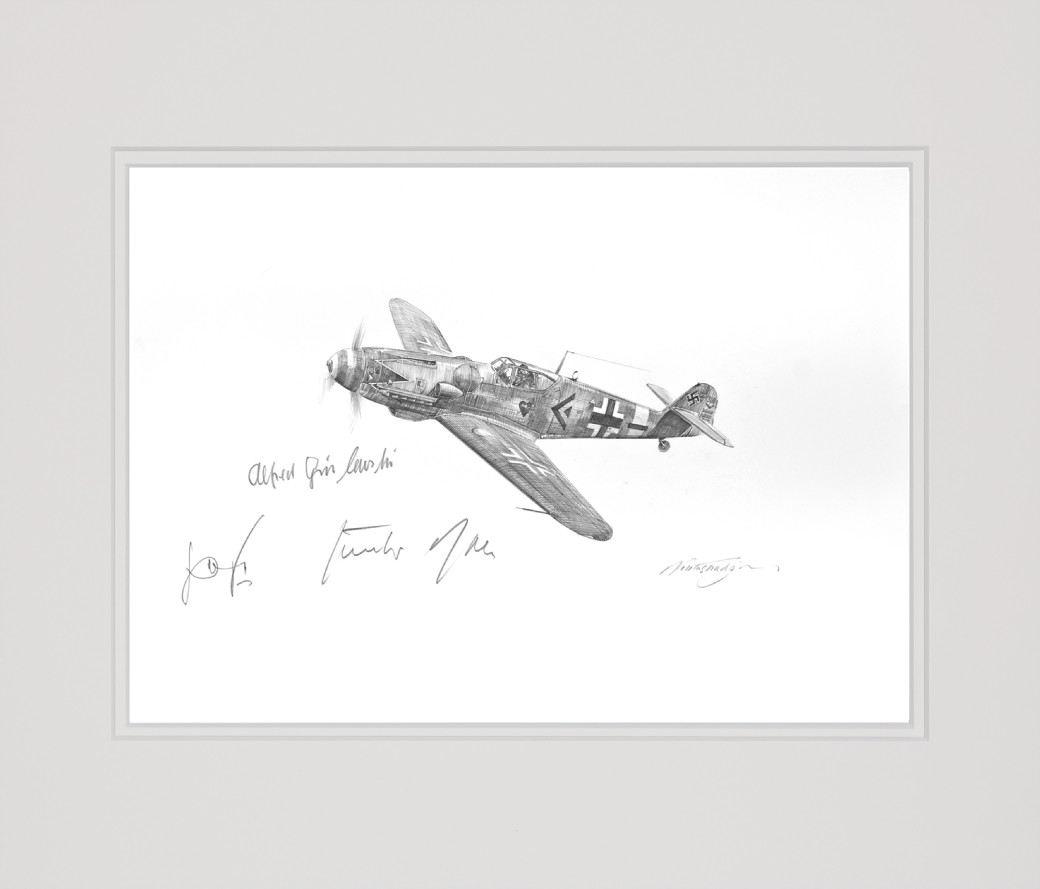 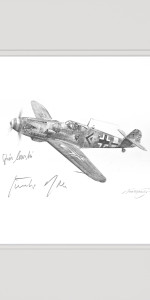 The Luftwaffe’s most feared Me109 on the Eastern Front – the distinctively decorated fighter of top-scoring ace, Erich Hartmann.

It is said that the moment Russian pilots recognised Erich Hartmann’s distinctively painted Me109 they exited the combat zone as quickly as possible! Nicolas TRudgian has created a superb study of Hartmann’s ‘Black Tulip’ Me109 in the markings of JG -52, the Luftwaffe’s most successful fighter unit of the war. Based throughout his combat career on the Eastern Front, Hartmann became the top-scoring fighter pilot in history. But for several spells in hospital, Gunther Rall, who has signed this drawing, might well have exceeded him. 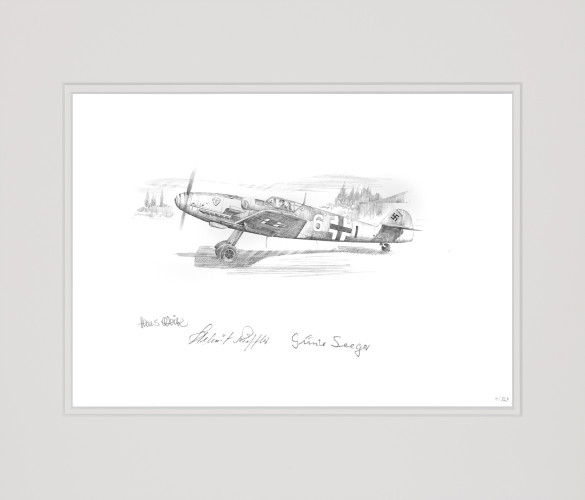