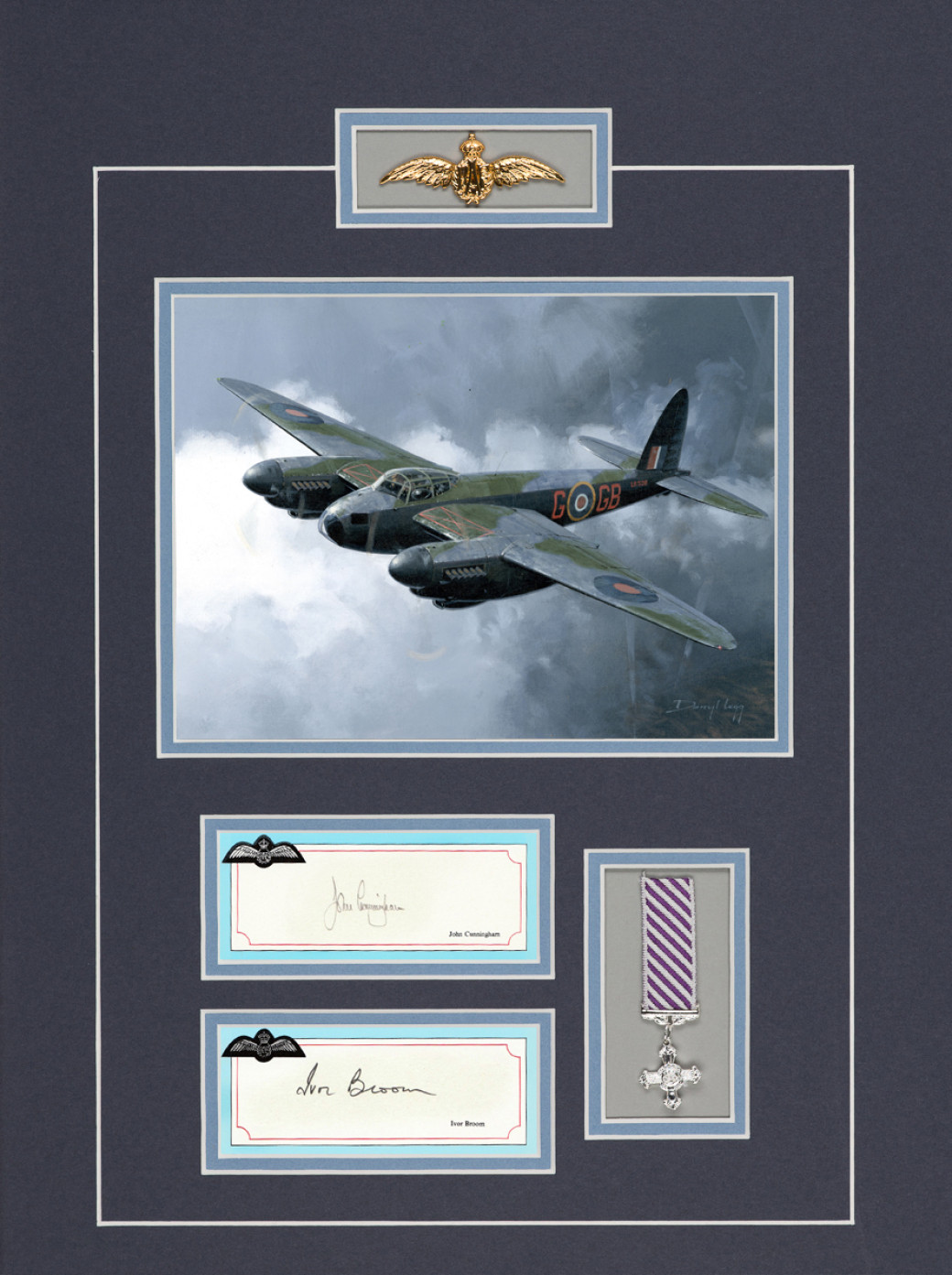 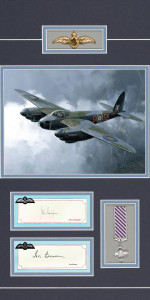 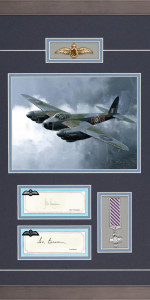 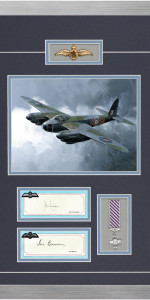 Two of the RAF’s best known and most successful Mosquito pilots. After a successful start to night-fighting flying the Beaufighter, in January 1943 John ‘Cats Eyes’ Cunningham took command of 85 Squadron equipped with the high performance Mosquito. Ivor Broom, with his navigator Tommy Broom – known as the Flying Brooms – became legendary for their daring precision attacks.

Ivor Broom completed over 100 bombing missions including 22 attacks on Berlin, his daring raids including a low-level (50 feet) mining attack on the Dortmund-Ems canal and tossing a 4000lb bomb into the mouth of a rail tunnel in the Ardennes during the German offensive. John Cunningham, best known RAF night fighter pilot of the war, became chief test pilot at De Havilland in 1946 first flying the revolutionary Comet airliner. 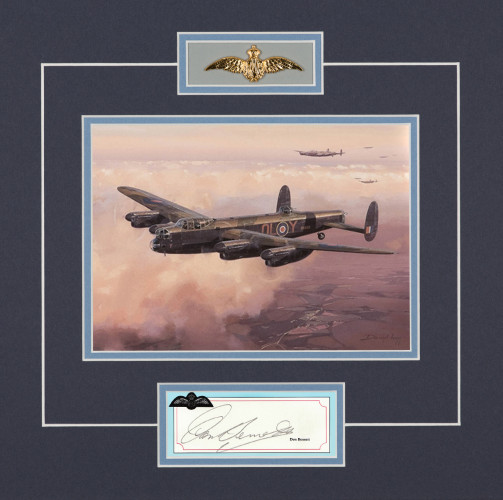 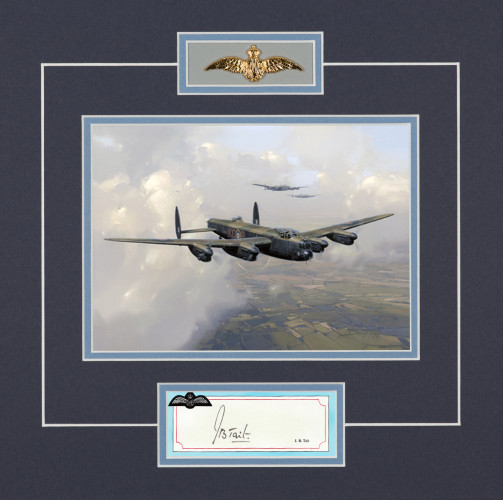 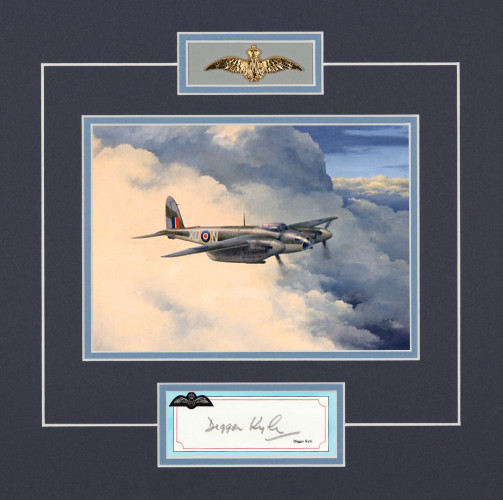 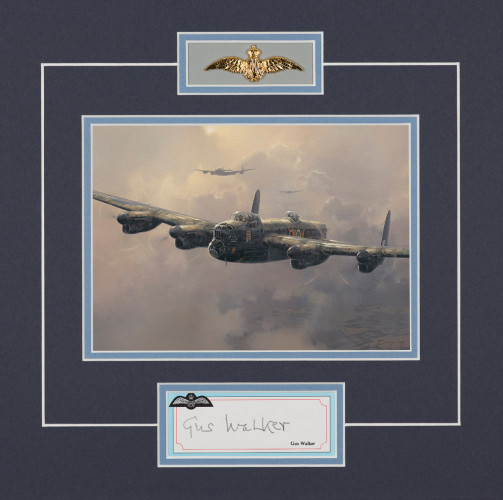 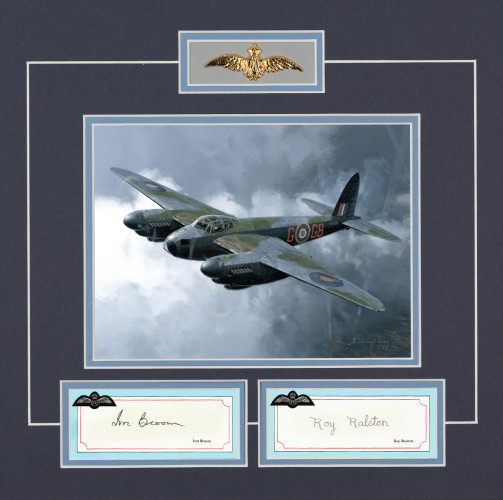 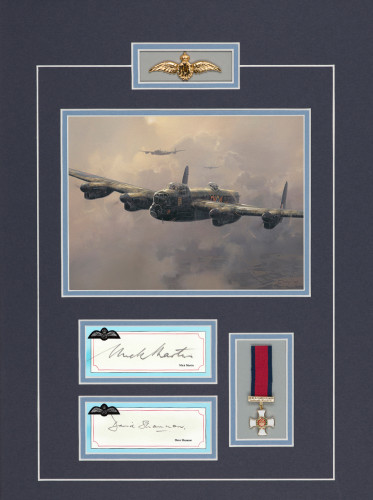 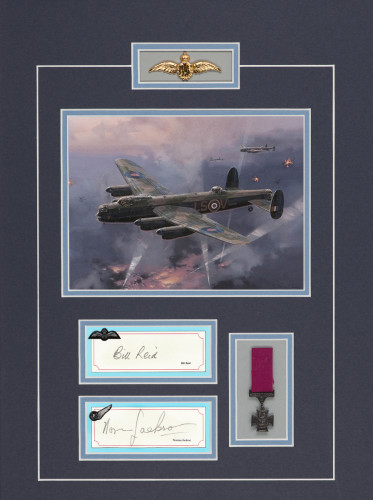 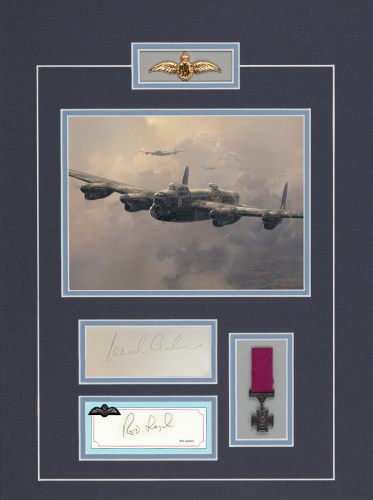