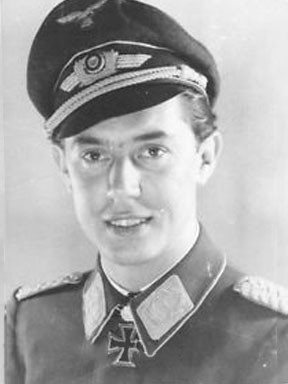 The Words of Hans-Joachim Jabs

My military career as a pilot began in December 1936 when I entered the Air Warfare School at Wildpark-Werder. After my basic training, I was ordered to I./KG 253 in February 1938, for training on the Ju 86 as a bomber pilot. In July of the same year, I was transferred to III./JG 334 for fighter pilot training on the Heinkel He 51 and Arado 68 and received promotion to Leutnant in September, shortly thereafter assuming the appointment of Adjutant. It was here that I saw my first operational service in the Sudetenland and then, in 1939, in Czechoslovakia, this time with I./JG 344, initially flying the Arado 68 and, later, the Me 109.

In March 1940. I./JG 344 was renamed to II./ZG 76 “Shark’s Gruppe”, having been equipped with the Me 110 “Destroyer” the previous September. Flying with this unit, I took part in the battles for France and Belgium and then the air battle over England. During these battles, I managed to shoot down eight Spitfires and four Hurricanes and, in September 1940, was promoted to Oberleutnant. I was awarded the Knight’s Cross the following month.

From November 1940 to May 1941, my wing was assigned to coastal fighter protection in the area of Jever, Westerland and Wangerooge and, also in May 1941, we took part in the operations which led to the occupation of Crete. June 1941 to September 1941 were spent mounting operations against Britain from our bases in Holland.

In September 1941, I commenced conversion training at Stuttgart-Echterdingen for night fighter operations in the Me 110. The following month, my II./ZG 76 was renamed to II./NJG 3 to reflect its night fighter role. However, I briefly returned to daylight operations in February 1942 as one of 30 Destroyer pilots selected to protect the Scharnhorst, Gneisenau and Prinz Eugen during their Channel dash, “Operation Thunderbolt”. In November 1942, I was transferred to IV./NJG 1 for a squadron command operating from Leeuwarden in Holland. This wing was equipped with new Me 110 variants using the latest radar equipment and armed with forward firing 30mm cannons and the upward firing “Jazz Music” cannons. In February 1943, I became Kommandeur of IV./NJG I and received promotion to Major in November of the same year.

By January 1944, I had managed 25 more victories, bringing my total to 45. In March I received the Oak Leaves to the Knight’s Cross and was appointed Kommodore of NJG 1, where I replaced Werner Streib, who became Inspector of Night Fighters. On 1 May 1944, I was promoted to Oberstleutnant, but remained with NJG 1 until the end of the war, scoring my final two aerial victories on the night of 21 February 1945, bringing my score to fifty, of which nineteen were as a Destroyer pilot and 31 as a night fighter pilot.

In my wartime career as an Me 110 “Destroyer” pilot, the unit which had the greatest significance for me was, without doubt, the “Shark’s Gruppe”, II./ZG 76. When I joined this Gruppe, so named because of the distinctively painted shark’s mouth on the noses, morale was very high and we did extremely well in the fighting over France and Belgium, myself accounting for four French fighters and two RAF Spitfires. However, in common with all Destroyer units which took part, our losses were heavy in the fighting over England.

During my 510 missions as a fighter pilot, I developed the greatest respect for the Spitfires and Mosquito night fighters of the Royal Air Force and for the defensive armament of the Boeing Fortress bombers.

I mainly flew the Me 110 during the war, both as a day and a night fighter. The 110C and D models which I flew in daylight proved inferior to the single seat fighters over England, especially when compared with the Spitfire. The Me 110C-4 variant, for example, had a maximum speed of 350 mph at 23,000 feet but lacked the manoeuvrability it needed in combat. The D model was similar, with a greater range but, by the summer of 1941, these had almost disappeared from the European Theatre due to their unsuitability as day fighters against effective fighter opposition.

The first Me 110 built for night-fighting was the F-4 model which had space for an extra crewman, but no radar. The more powerful G version followed, with various armament arrangements and the G-4/R-3 carried an extra crew member for the Lichtenstein radar. But the Me 110, although suitable as a night-fighter, was always a compromise.

The best night-fighter was, without doubt, the Heinkel 219 “Owl”, which was fast, easy to handle and heavily armed. Sadly, only one squadron in my wing was equipped with this fighter.