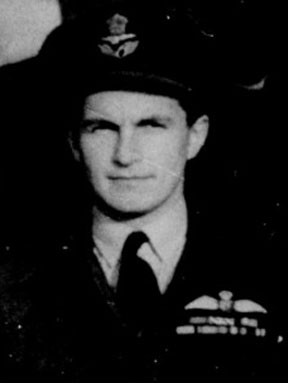 I joined the Royal Air Force Volunteer Reserve as a Sgt. Pilot at the age of 18 in November 1937. At the time I was employed in the aero-engine experimental department at Rolls Royce, Derby, working on the famous Merlin Engine.

On being called up at the outbreak of war, I completed an advanced flying course and operational conversion on Gladiators and Spitfires. I joined 615 Squadron, in France, June 1940 as a Pilot Officer flying Gladiators. I later joined 242 Squadron, flying Hurricanes on patrol duties over the retreating allied forces.

We were returned to U.K. after the French capitulation to be based at RA.F. Coltishall where Douglas Bader arrived to take command. During the Battle of Britain, I flew in his section and later joined his Spitfire Wing at Tangmere as Flight Commander on 610 Squadron, flying on ‘sweeps’ and escort operations over Northern France until I was shot down in August 1941.

I managed to evade capture by the Gennans, made contact with the underground and came down the escape route via Paris, Marseilles and over the Pyrennees. Unfortunately I was captured in Spain and spent three months in the concentration camp at Miranda de Ebro where I became ill with paratyphoid. On being released, and after recovering in a Madrid Hospital, I returned to the UK in December 1941, to rejoin 610 Squadron, taking command once again, of my old flight.

Johnnie Johnson later took command of the Squadron and we saw action, particularly during the Dieppe operation. I was promoted to Squadron Leader, in September 1942 and formed the first Typhoon Bomber Squadron, 181 Squadron, later to briefly command 16 Wing Typhoon Bombers, both units being mainly involved in attacks on the German fighter airfields in Northern France.

181 Squadron was a new unit and the first Typhoon Bomber Squadron and our task was mainly to attack German airfields in Northern France. I led over forty of such attacks, and our tactics were to fly in at low level to coincide with the 8th USAAF BI7’s formations returning from daylight attacks in Germany, and hopefully catch the German fighters on the ground refuelling or scrambling to intercept. Timing, of course, was very critical, and it did not always work, even though we damaged the airfield and installations. However as an example, on 14th April, 1943 when bombing Tricqueville airfield we caught a whole squadron of Mel09’s taking off and our bombs landed right amongst them, causing some havoc.

I came off operational duties in October 1943, and was attached to 8th USAAF Headquarters, High Wycombe, to co-ordinate fighter operations with. B17 daylight attacks. In June 1944 I was posted to Air Ministry, operational requirements where I became involved in all new fighter and bomber aircraft projects until the end of the war.

I was granted a permanent commission in 1945 and have seen overseas service in Sudan, Egypt, Hong Kong, USA and Turkey. I took part in the Coronation flypast in 1953, leading the Odiham Meteor aircraft wing, and subsequently commanded a Lightning aircraft air defence base, and later 38 (Tactical) Group with the first Harrier Squadron.

I retired in 1975 as an Air Marshal, and after 6 years as Controller of the RA.F. Benevolent Fund, I am now deputy Chairman of the Douglas Bader Foundation.

I flew the following aircraft in combat during the 1939-45 war: Gladiator, Hurricane Mk I & 11, Spitfire V(b), and Typhoon. After the war I flew the Tempest III on active service in Egypt, Palestine, Iraq, Sudan and Somaliland.

It is hardly surprising to say that the Spitfire was my favourite. It felt part of you, it responded delightfully under all conditions, and most of all, it gave you ample warning of the high speed stall in a turn in combat; and you knew that a Me 109 could not (or would not) turn inside you. 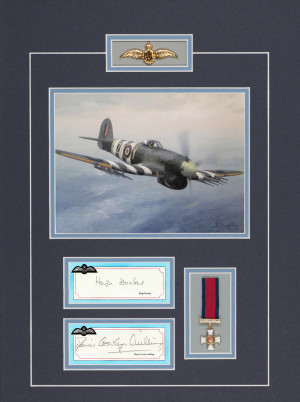 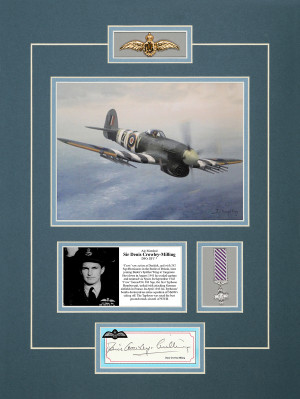 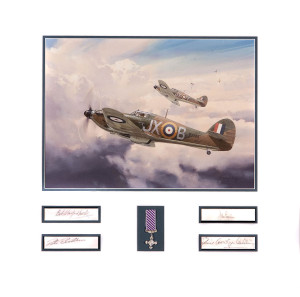