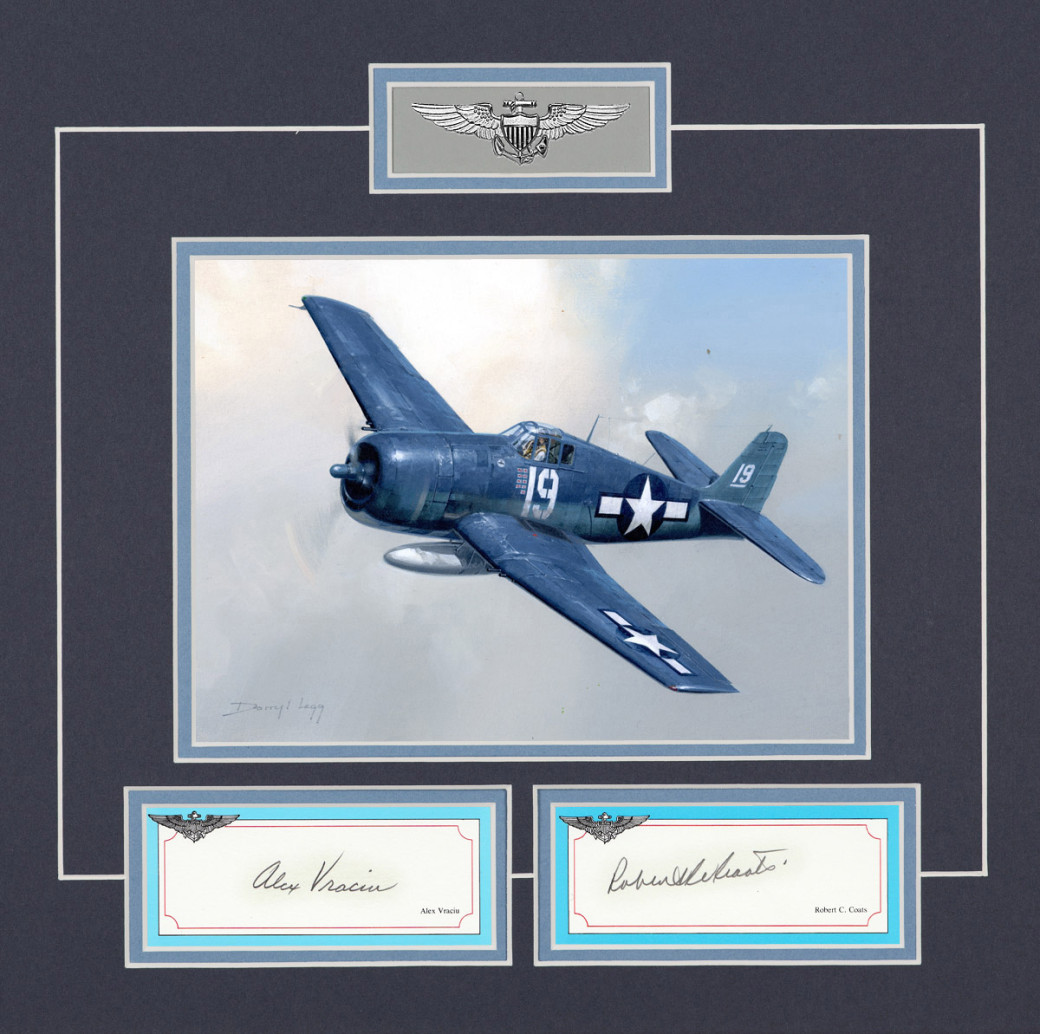 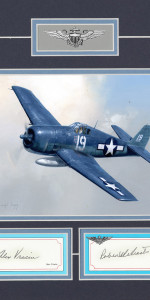 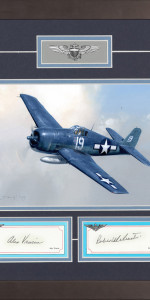 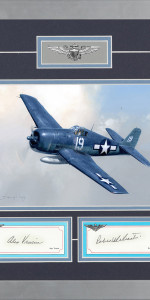 Two of the United States Navy’s most successful fighter Aces during the 1941-45 war in the Pacific, both flying the Grumman F6F Hellcat.

TWO of the United States Navy’s top-scoring carrier fighter pilots of the Pacific Theater, each having achieved triple-ace status, combine to make this a highly collectable signature ensemble. Both highly decorated with the Navy Cross, just one notch below the Medal of Honor.

Both fighter pilots flew the redoubtable Grummann F6F Hellcat off the decks of famous carriers – Hornet, Intrepidand Lexington – taking part in some of the hardest fought air battles of the Pacific air war. In addition to their high air-to-air scores, both pilots destroyed many aircraft on the ground, a quantity of enemy shipping, and survived parachute jumps, ditchings following battle damage, and torpedo attacks on their ships. Two great signatures! 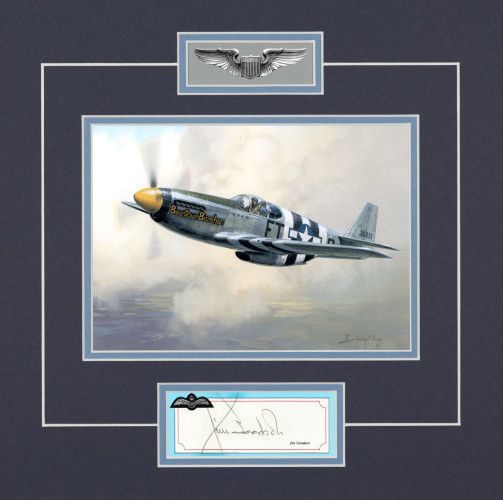 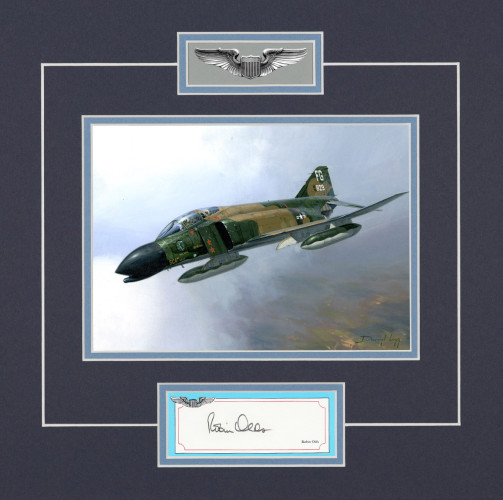 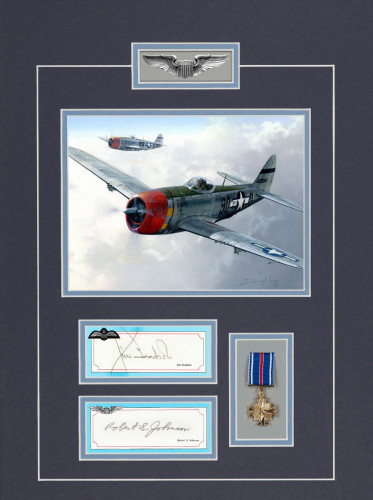 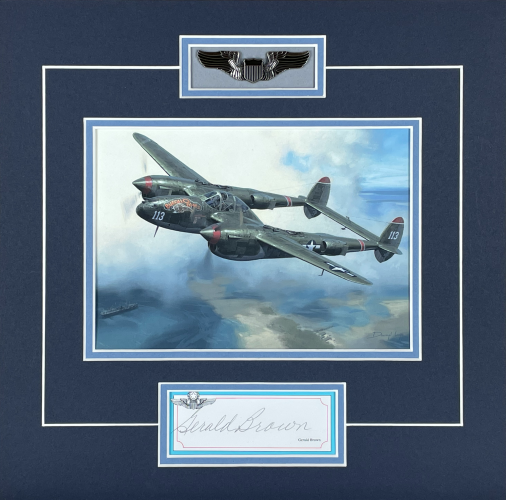