Everything you need to know about our Print Displays

Our World War II Aviation Print displays are very improtant to us and we want to make sure you know everything there is to know about them. If you can find the answer here pleasse send us a message. 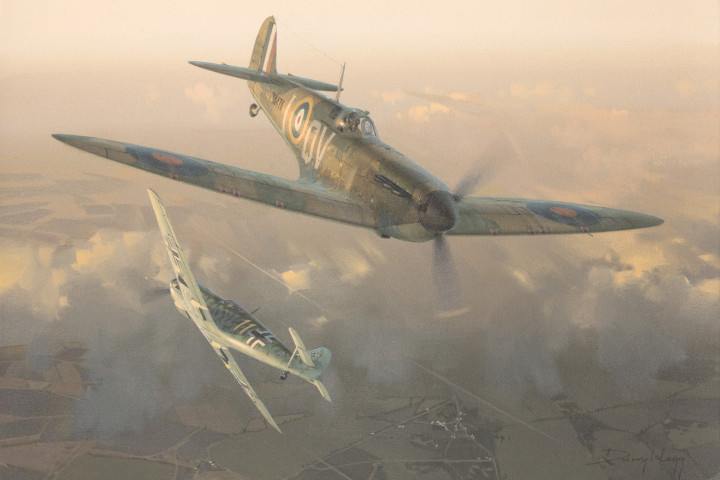 Every Autograph (signature) offered to collectors through this website is guaranteed to be original and genuine. We have the undisputed provenance for each signature which means that every Certificate of Authenticity is as genuine as the signatures it supports

Each autograph was personally collected in the early 1980s by Pat Barnard, who had founded the Military Gallery a decade earlier. These signatures formed part of a project supported by Group Captain Sir Douglas Bader, Group Captain Leonard Cheshire VC, Air Vice Marshal Johnnie Johnson, Brigadier General Robin Olds and General Adolf Galland, all of whom advised and helped Pat collect the signatures.

Our website accepts all major debit and credit cards and we also have PayPal. If you would prefer you could always call us and place a phone order.

All orders are packed flat using professional packaging materials designed to ensure your order arrives in pristine condition – wherever you live. If there are any issue we will arrange collection and replacement without question.

We ship anywhere in the world where our courier companies provide a service – and that is most countries. Although delivery times are not guaranteed, deliveries in the UK generally take 3-5 working days from despatch. Overseas orders are shipped using international couriers (UPS, DHL, FedEx, etc) and usually take 5-10 working days, depending on where you live. All shipments are tracked. Please note that we (that is, our Couriers) don’t deliver to PO Box numbers – only to your postal address.

UK: Shipping costs, including all packaging materials, start from £4.85 per order depending on weight. The precise cost will be shown in the shopping cart.

In Europe: Shipping costs, including all packaging materials, Strat from £19.50 per order depending on weight. The precise cost will be shown in the shopping cart.

North America: Shipping costs, including all packaging materials, from  £27.50  per order depending on weight. The precise cost will be shown in the shopping cart.

Many of our Signatories have Titles, Campaign and Service Medals, and Civilian Awards – in addition to their awards for gallantry. As our Signature Print Collection relates to military service we do not provide details of these awards, other than Knighthoods.

The only exception is Lord Leonard Cheshire who we refer to as ‘Group Captain’ as that is how he preferred to be addressed. Leonard Cheshire VC was created Baron Cheshire of Woodhall in 1991. In addition to his Victoria Cross, three DSO’s and DFC, he held a number of other WWII Service and Civilian awards.

Every one of the Biographies featured in this website was written first-hand by the Pilot or Aircrew contributing their signature for this historic assignment. In a few cases such as Air Vice-Marshal Don Bennett and Group Captain ‘Willie’ Tait, their biographies are written in the ‘third person’ (probably due to modesty), however be assured they were indeed contributed by the men themselves.

All prints are carefully constructed as a collection with double-mounts using high quality archival mount board. All have faithful replica WWII metal pilots badges affixed, a third mount-quality backing-board and are supplied ready to frame.

Some of our special prints have the same high-quality double-mounts, replica WWII metal pilots badges affixed, an authentic design miniature medal set into the mounts, a third high quality backing-board, and are delivered ready to frame.

Our Print collection comes in a few sizes but our main options are issued in two sizes:

There are two styles of frame: