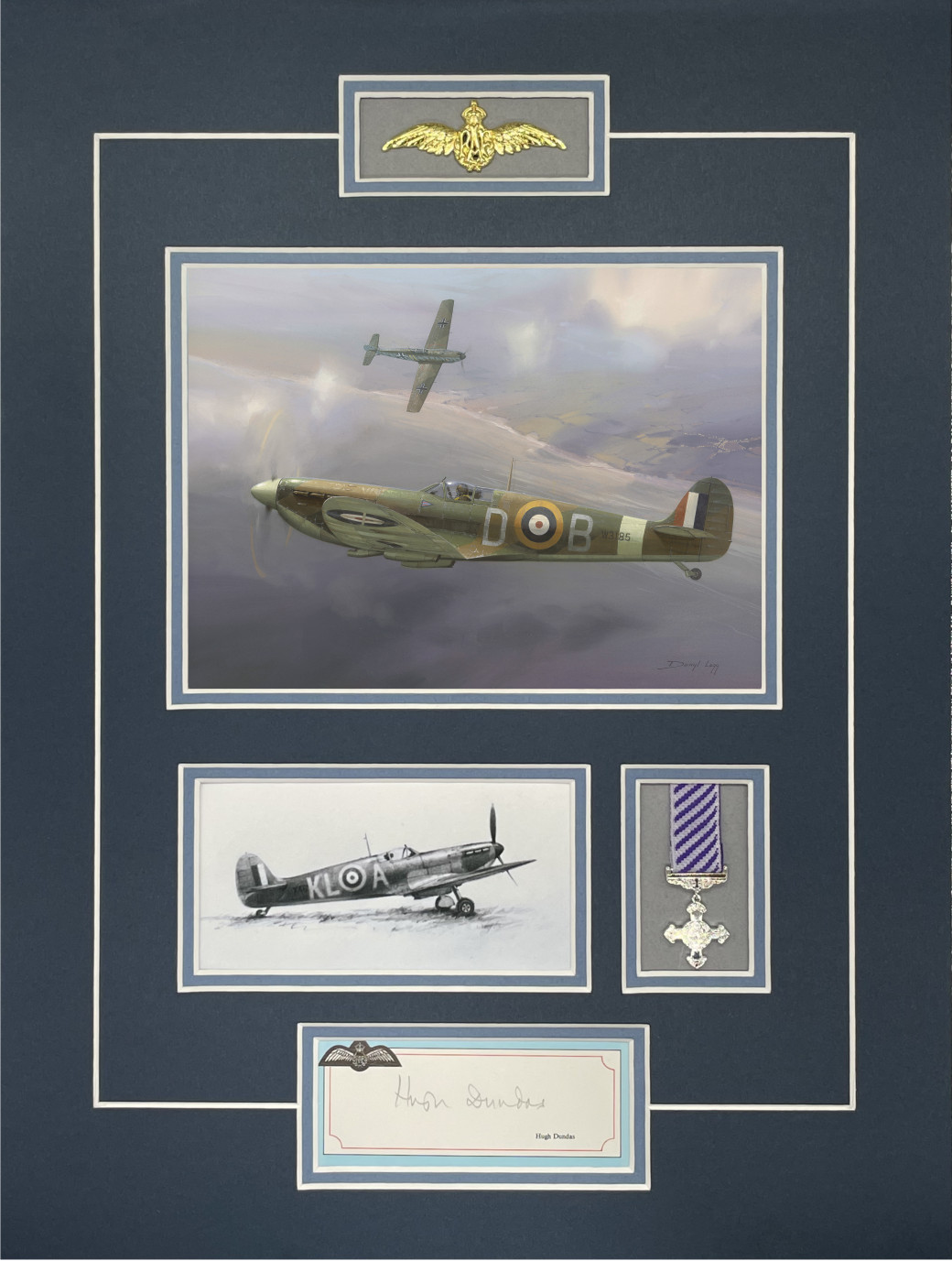 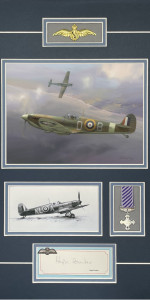 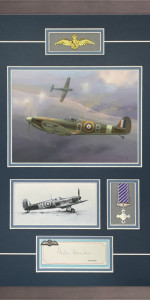 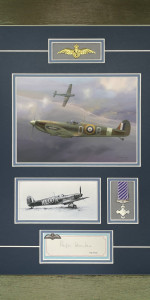 As part of Bader's 616 Squadron Flying Spitfires, 'Cocky' Dundas frequently flew with Wing Commander Douglas Bader building his reputation as a competent fighter pilot and tactician. He was awarded a Distinguished Flying Cross on 5th August 1941 for his unflagging courage in the face of the enemy and the utmost tenacity in supporting his leader.