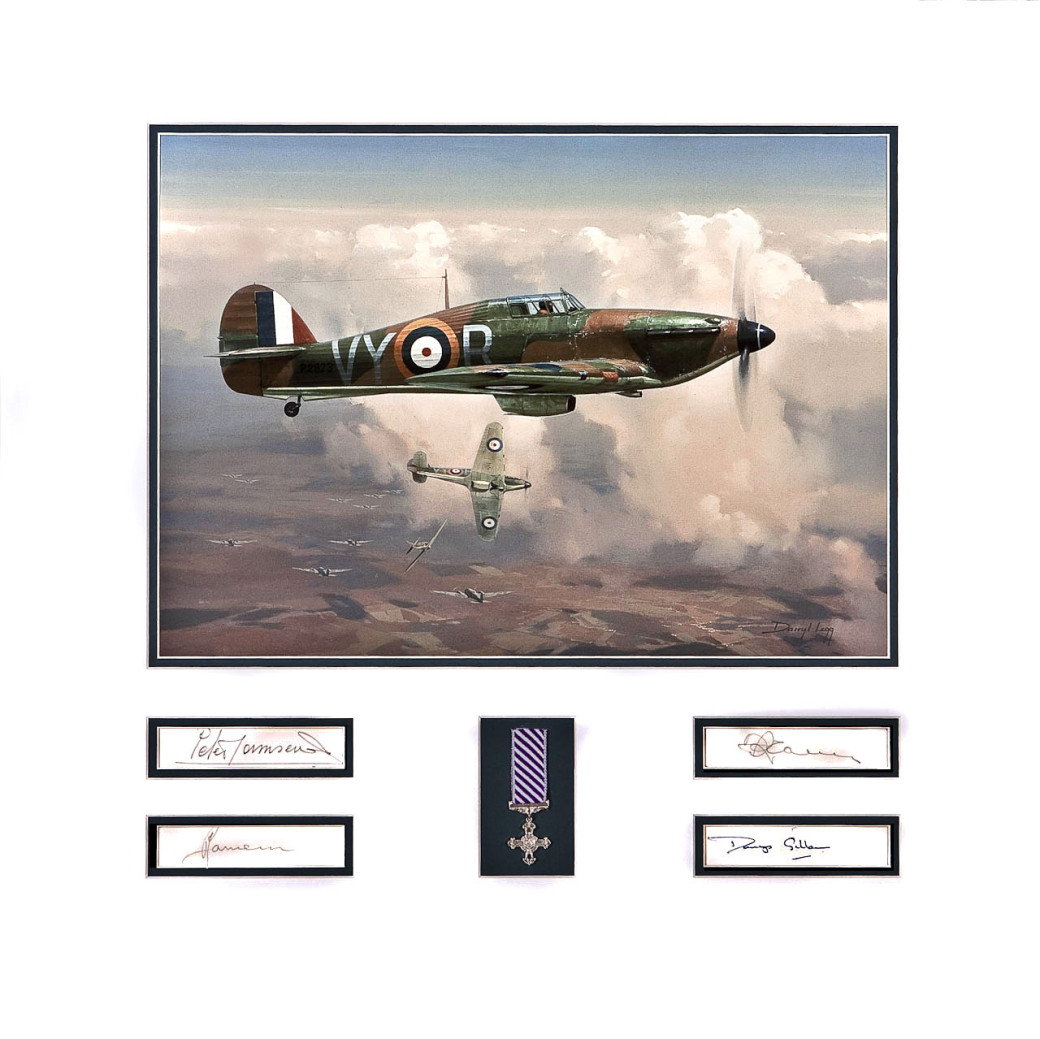 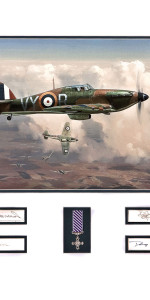 Original signatures of 4 top Battle of Britain Fighter Aces along with a miniature DFC mounted with this great piece of aviation art.

About Hurricanes Over Kent

Darryl Legg’s superb image shows Sq Ldr Peter Townsend leading Hurricanes of No. 85 Squadron in a desperate attack on Luftwaffe Heinkel He 111’s during the early stages of the Battle of Britain.

Mainstay of Fighter Command in the the Battle, Hurricanes could withstand all kinds of punishment and bring its pilot home. And due to its relative ease of repair Fighter Command managed to get around 400 of these classic fighters operational almost every day throughout the Battle of Britain. 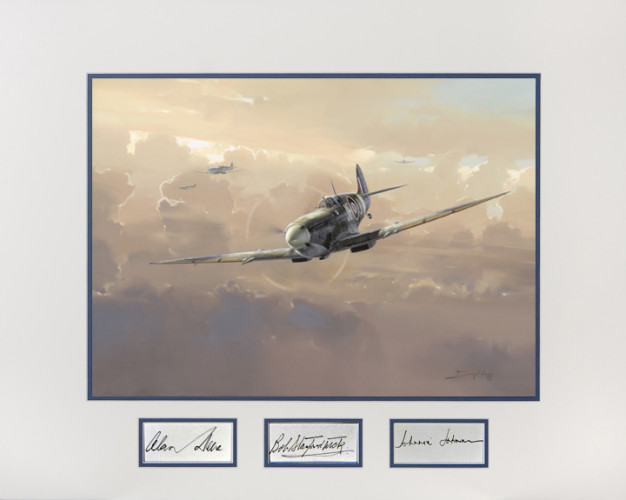 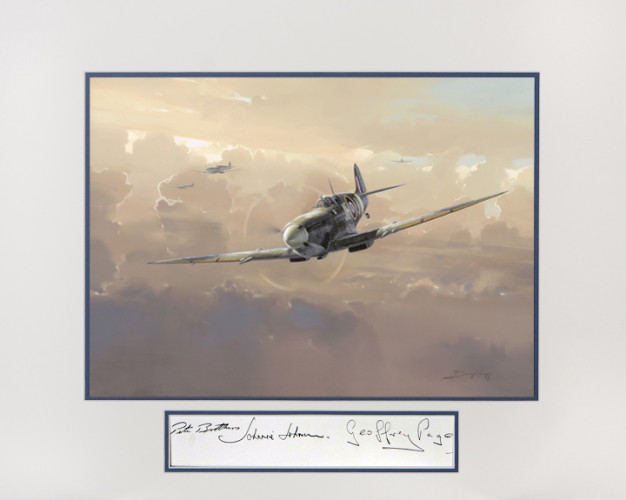 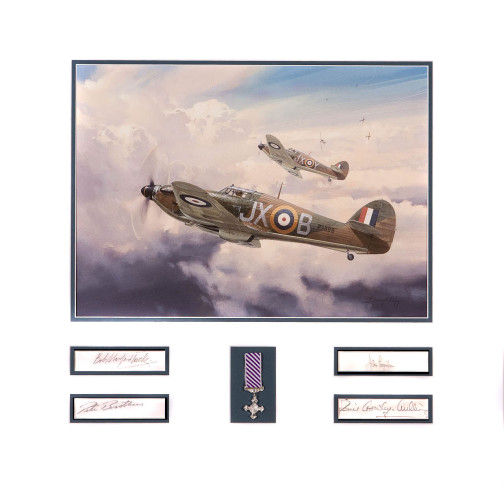 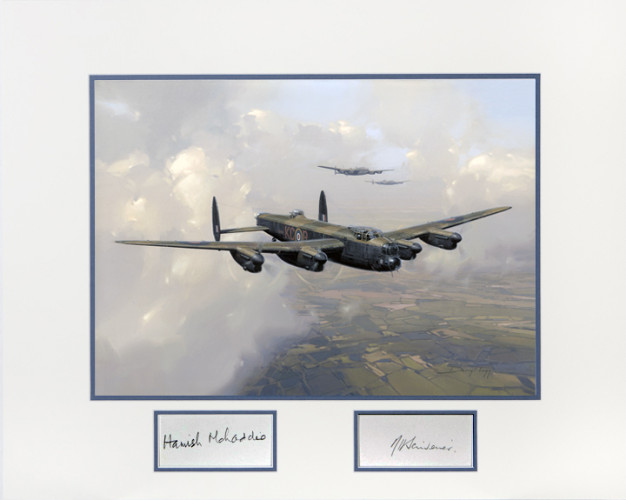